Meet Aesha Datta from the Climate and Society Class of 2023 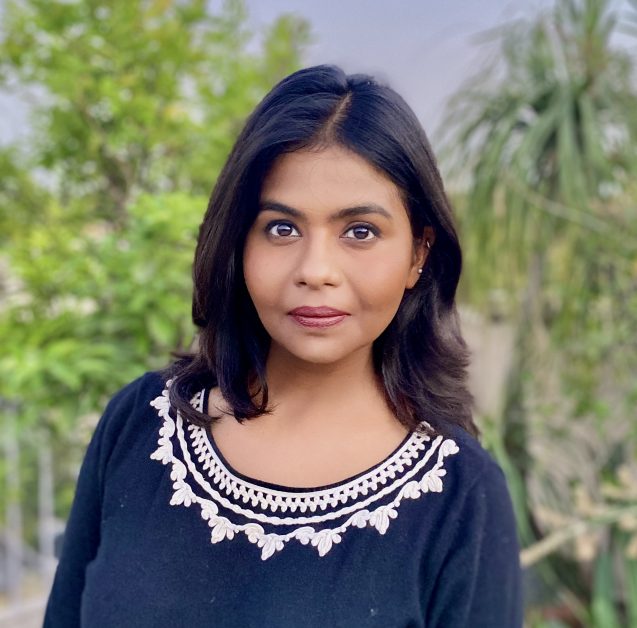 Ayesha Datta will join the Climate and Society Master’s program this fall. A climate journalist and Fulbright scholar, she wants to deepen her knowledge of climate change and was drawn to the interdisciplinary nature of the program.

This fall, the Columbia School of Climate is welcoming a new class of students Master’s program in climate and society. This 12-month interdisciplinary program teaches students to understand and address the impacts of climate change and climate variability on society and the environment.

The incoming class of 2023 includes 80 students with diverse backgrounds and career paths, impressive skill sets, and big plans to help people and the environment.

State of the Planet will be interviewing some of these extraordinary students in the coming weeks. In the following Q&A, you can meet Aesha Datta, a climate journalist who wants to deepen her knowledge of climate change to become a better communicator.

Can you tell us a bit about your background and how you became interested in studying climate?

I have been a journalist for nearly 13 years, most of which have been spent as an environment/climate reporter. In my last stint, I was leading ET Prime, one of India’s leading subscription-based platforms, as the Assistant Environment Editor, where I was responsible for all climate reporting appearing on the platform. I was focused on creating the kind of climate reporting that depends not only on communicating the impacts people face on the front lines, but also on the analysis of data, the science behind it, and the communication behind it, and the policies that influence climate action. will be The more I wrote about this topic, the more I became aware of its vastness and all the things I didn’t know. I wanted to study this issue in all its complexity, and so I applied for a Fulbright scholarship, which was awarded to me based on the work I had done as a climate journalist.

What specifically drew you to the Climate and Community program?

After receiving a Fulbright grant, I was fortunate to explore a number of climate/environmental programs at some of the best universities in the United States, including Columbia University. I also had the wonderful privilege of being selected for them. However, the Master’s program in Climate and Society had just what I was looking for: an interdisciplinary perspective on climate. It’s not just about science or just about economics, and it’s not just about law and politics. It is a complex subject that affects people in very real ways and explores the complexity in all its aspects. My experience as a climate journalist has taught me that this issue should be treated for what it is – a humanitarian crisis.

What are you most excited to learn about while you’re here?

I’m excited to learn more about climate data and modeling, and equally terrified to say the least. While I have done some data analysis for my articles on climate, this analysis is derived from the scientific work of researchers in the field. The rigor of modeling climate data will be a critical new skill.

How does the program align with your career goals?

I believe climate communication is an important cog in the climate action cycle. However, in order for us journalists to do our jobs well, especially in a field like climate—which can be inaccessible and dense because of its complexities—we also need to educate ourselves. . I strongly believe it makes me a better communicator. Also, it allows me to explore ways in which I can contribute in other ways, whether it’s in the advocacy space or risk management or others.

Is there anything else you would like to add?

The climate dialogue is still being driven by leaders from the global north. It is evident in the sudden increase in discussions about it because global warming is finally reaching these countries. Unfortunately, the countries, communities and people most affected by the climate, who have been feeling the heat for years, are absent from this very powerful conversation. I also represent one of these countries: India. We need to have a more nuanced conversation about climate geopolitics and climate justice, for which it is important to represent countries like mine.