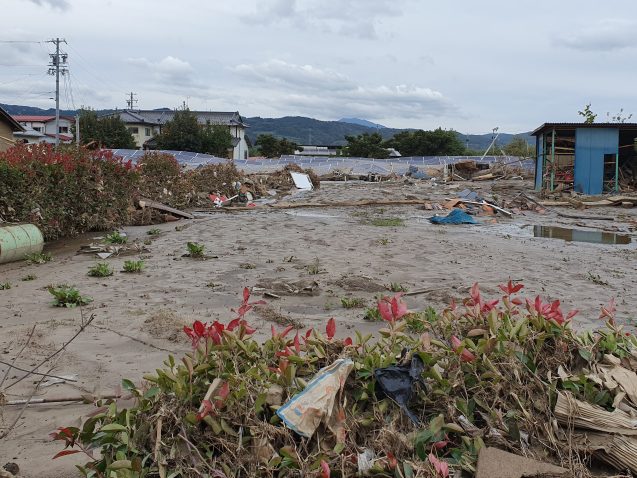 Record-breaking weather events are becoming more common, costlier, and more intense. Not only these extreme weather events destroy lives and homes. less about how they could disrupt the deployment of renewable energy infrastructure that is critical to preventing a worsening climate.

This feedback loop—where greenhouse gas emissions cause more extreme weather, halt progress in clean energy infrastructure, and lead to more emissions—is rarely considered in energy transition and disaster management plans. to be In a recent perspective piece published in Environmental research: climate, we discuss how the expected increase in extremes may affect measures to evolve from the current fossil fuel-based energy sector to a more sustainable one. We also offer some potential solutions.

As an example of how climate change can delay energy transitions, consider efforts to decarbonize West Coast cities. The best source of wind energy is in the Midwest, so to reach West Coast cities you need to build transmission lines in a very active fire zone. In addition, the Midwest is prone to damaging floods that are likely to worsen as the weather warms, so there are simultaneous disruptions to overcome — plus the political challenge of delays in major federal infrastructure projects.

In another scenario, one could imagine that a storm would knock out oil production in the Persian Gulf Coast. The resulting reverberations in the energy system can lead to efforts to keep fossil fuels cheap as a quick and easy fix during recovery. We are now seeing a similar scenario play out: As the crisis in Ukraine cuts off natural gas supplies, Germany is focused on keeping gas prices low, essentially offering a massive stimulus package for fossil fuels.

Why aren’t we discussing the effects of climate change on energy transition right now? Infrastructure planners in some sectors sometimes do not consider the full risks of climate change. Even among academics, experts who care about the financing and engineering of renewable energy are different from those who look at extreme weather predictions and impacts, and the two groups are often not in the same room.

In our article, we present three ways to overcome these challenges and break the feedback loop.

One solution is to incorporate climate adaptation into strategies that reduce carbon emissions, including the deployment of renewable energy. The increased flexibility of these systems is likely to make them more cost-effective in the long run.

After Hurricane Maria hit Puerto Rico, knocking out power for months, a policy was funded to deploy solar-based decentralized power systems specifically designed to be deployed during hurricanes so they wouldn’t be destroyed. This is a good example of how transmission can be designed to be resilient to extreme weather events.

The second solution is for governments to respond well to disasters and communicate their strategies. When communities feel they are not properly supported during the disaster recovery process, political backlash against financing for renewable energy pays off. We saw this in the cold of February 2021 in Texas. Snow, ice and cold temperatures shut down natural gas power plants. The lack of access to heat and water disrupted the lives of many people, and as dissatisfaction with disaster preparedness and response grew, the blame shifted to frozen wind and solar equipment — even though there was no evidence that the equipment was at fault.

To prevent this type of conflict in the future, both energy transfer and disaster response must be well provided for. There are promising ways to do this, including a carbon tax. This would not only encourage the economy to move away from fossil fuels, but could also be used to prepare for disasters and help people who lose their jobs due to the energy transition, as well as other measures to increase equity and improve public acceptance. Carbon is used. tax

A third solution we propose is to support research and communication to improve climate literacy, future predictions of extreme weather, and preparedness for the complex interactions of multiple extreme events. Students should learn about climate trends and impacts before choosing a career, so that it’s on their radar when they become planners or engineers, for example. Disaster preparedness teams need realistic estimates of future extremes, which have traditionally been underestimated by climate models.

We also need better coordination between academic silos. More than ever, the methods and insights of climate scientists, engineers, and urban sociologists need to be aligned to address the full scale of the climate crisis and all the factors at play. Our goal is to draw attention to this need and the need to finance this type of interdisciplinary work.

This is one area where the Columbia Climate School offers potential. One of the school’s key goals is to bring together different types of experts in the same classroom and community to produce interdisciplinary scientists and practitioners. Bringing disciplines together takes work, and school members must hold leadership accountable for addressing these interdisciplinary needs.

The climate crisis affects all disciplines. We will get better results by teaching all aspects of the subject together.

Corey Lesk is a postdoctoral fellow at the Neukom Institute and Department of Geography at Dartmouth College. Previously, he was a graduate student at the Columbia School of Climate’s Lamont-Doherty Earth Observatory.

Kai Kornhuber is an adjunct professor at the Columbia School of Climate, an associate research scientist at the Lamont-Doherty Earth Observatory, and Senior researcher at the German Council on Foreign Relations.